Taking on the Tough Stuff 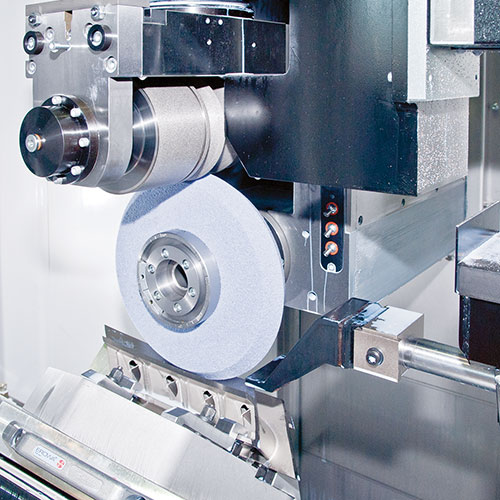 It may not be as marvelous as learning that the COVID-19 vaccines are over 90 percent effective, but here’s some good pandemic news: Some of the key players in grinding used the break from constant selling to finish the development and testing needed to introduce exciting new technology. Let’s start with improvements to continuous dress creep feed grinding (CDCF), and its longstanding effort to supplant milling for tough applications.

As Phil Wiss, regional sales manager for the profile grinding division of United Grinding North America, Miamisburg, Ohio, explained, CDCF delivers a high material removal rate (MRR) in difficult-to-machine materials, while virtually eliminating the need for deburring. “Any time you have hardened materials, creep feed grinding can beat out other approaches that force you to combine applications,” he said. For example, rather than mill soft material, then heat treat, and then finish grind, “you can cut right to the chase and do a creep feed grind. You don’t have to add different operations.” And while Wiss recognized that manufacturers struggle with justifying an investment in an expensive creep feed grinder versus paying a “$15 an hour deburring guy,” he said the choice is getting clearer. “It’s harder and harder to find that guy who’s willing to pick up a deburring tool and try to clean up a part.”

Wiss offered a perhaps more clearcut case of CDCF beating out milling: a 24 × 0.4″ (610 × 10.16 mm) medical part that ate up milling tools. There are two versions, Wiss explained. “One is similar to a nickel alloy and the other is a titanium derivative. Both are very difficult to machine.” The part has a tight tolerance down the entire length, and milling tools wouldn’t last through the cut without limiting them to a very light pass, necessitating multiple cuts and frequent tool changes. And yet the scrap rate was over 20 percent, Wiss added. “It was just a very slow process, and expensive from a tooling standpoint.” The situation became intolerable when required part volumes increased, so the company switched to CDCF grinding. Now they tackle the part in one pass.

“Another unique thing about continuous dress creep feed grinding,” offered Wiss, “is that you know exactly what your tooling costs are. On a continuous dress application, you feed the diamond roll into the grinding wheel at a set rate, let’s say at a seven millionths per revolution. And if you’ve got a 20″ long [50.8 cm] cut at 20 ipm, you can calculate exactly what your wheel wear will be for that length of cut. Therefore, you can assign a specific tooling cost to that part, because you know exactly how many parts you’ll get per wheel. There are no surprises. It’s a very calculated process and you can pass on those costs to whoever you’re selling that part to.”

Boosting Q-Prime with New Wheels
At Norton | Saint-Gobain Abrasives in Worcester, Mass., the company is helping lead the charge with new wheels for CDCF applications, plus new superabrasives. Corporate Applications Engineer Dave Goetz explained that the company’s older ceramic wheel, “the SG, as we called it, needs a lot of horsepower, grinding energy, and force to fracture the grain. So it wasn’t optimal in some applications. Our new Norton Quantum Prime is a friable ceramic grain. The grain itself micro-fractures and self-sharpens a lot more readily. But it has the cut rate and the life of the SG wheels. So, you have higher stock removal rates, you can get more parts per wheel, and usually you can cut cycle time with it.”

Naturally, he’s delighted the name itself suggests Q-prime! In one OD bearing grind, in which the material was 62 Rockwell 100Cr6, the new Quantum Prime was able to cut 9.3 seconds from the cycle time and boost the number of parts per dress by 150 percent versus the previous generation ceramic wheel. 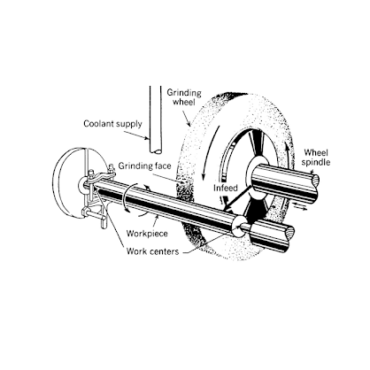 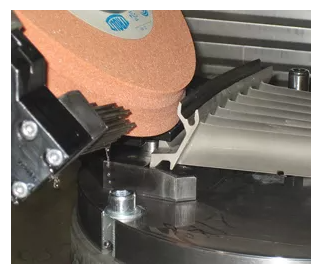 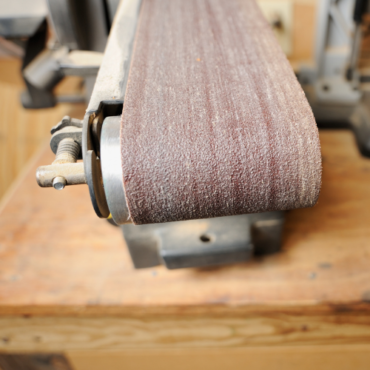 A Matter of Grit and Grade 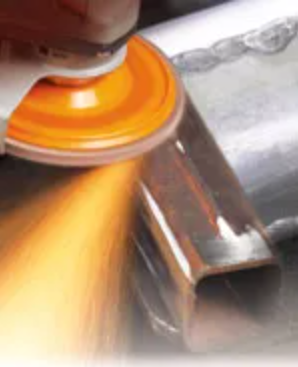