Back To Hypro Lapping

Want to learn more about hypro lapping? Well it is a machining process in which two surfaces are rubbed together with an abrasive between them, by hand movement or using a machine.

This can take two forms. The first type of lapping (traditionally called grinding), involves rubbing a brittle material such as glass against a surface such as iron or glass itself (also known as the “lap” or grinding tool) with an abrasive such as aluminum oxide, jeweller’s rouge, optician’s rouge, emery, silicon carbide, diamond, etc., between them. This produces microscopic conchoidal fractures as the abrasive rolls about between the two surfaces and removes material from both.

Taken to the ultimate limit, with the aid of accurate interferometry and specialized polishing machines or skilled hand polishing, lens-makers can produce surfaces that are flat to better than 30 nanometers. This is one twentieth of the wavelength of light from the commonly used 632.8 nm helium neon laser light source. Surfaces this flat can be molecularity bonded (optically contacted) by bringing them together under the right conditions. (This is not the same as the wringing effect of Johansson blocks, although it is similar).

A piece of lead may be used as the lap, charged with emery, and used to cut a piece of hardened steel. The small plate shown in the first picture is a hand lapping plate. That particular plate is made of cast iron. In use, a slurry of emery powder would be spread on the plate and the work-piece simply rubbed against the plate, usually in a “figure-eight” pattern.

The second picture is of a commercially available lapping machine. The lap or lapping plate in this machine is 30 centimeters (12 in) in diameter, about the smallest size available commercially. At the other end of the size spectrum, machines with 8-to-10-foot-diameter (2.4 to 3.0 m) plates are not uncommon, and systems with tables 30 feet (9.1 m) in diameter have been constructed. Referring to the second picture again, the lap is the large circular disk on the top of the machine. On top of the lap are two rings. The work-piece would be placed inside one of these rings. A weight would then be placed on top of the work-piece. The weights can also be seen in the picture along with two fiber spacer disks that are used to even the load.

In operation, the rings stay in one location as the lapping plate rotates beneath them. In this machine, a small slurry pump can be seen at the side, this pump feeds abrasive slurry onto the rotating lapping plate.

When there is a requirement to lap very small specimens (from 3″ down to a few millimeters), a lapping jig can be used to hold the material while it is lapped (see Image 3, Lapping machine and retention jig). A jig allows precise control of the orientation of the specimen to the lapping plate and fine adjustment of the load applied to the specimen during the material removal process. Due to the dimensions of such small samples, traditional loads and weights are too heavy as they would destroy delicate materials. The jig sits in a cradle on top of the lapping plate and the dial on the front of the jig indicates the amount of material removed from the specimen.

Where the mating of the two surfaces is more important than the flatness, the two pieces can be lapped together. The principle is that the protrusions on one surface will both abrade and be abraded by the protrusions on the other, resulting in two surfaces evolving towards some common shape (not necessarily perfectly flat), separated by a distance determined by the average size of the abrasive particles, with a surface roughness determined by the variation in the abrasive size. This yields closeness-of-fit results comparable to that of two accurately-flat pieces, without quite the same degree of testing required for the latter.

One complication in two-piece lapping is the need to ensure that neither piece flexes or is deformed during the process. As the pieces are moved past each other, part of each (some area near the edge) will be unsupported for some fraction of the rubbing movement. If one piece flexes due to this lack of support, the edges of the opposite piece will tend to dig depressions into it a short distance in from the edge, and the edges of the opposite piece are heavily abraded by the same action – the lapping procedure assumes roughly equal pressure distribution across the whole surface at all times, and will fail in this manner if the work-piece itself deforms under that pressure. 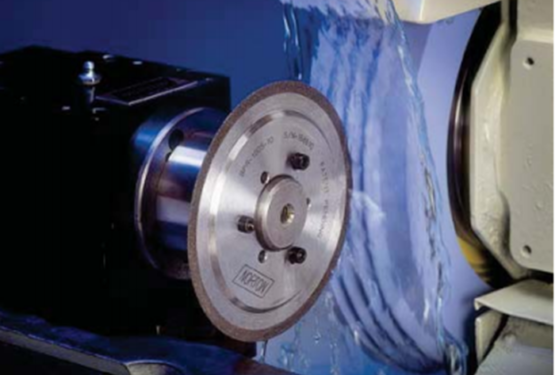 To achieve the quality and productivity... 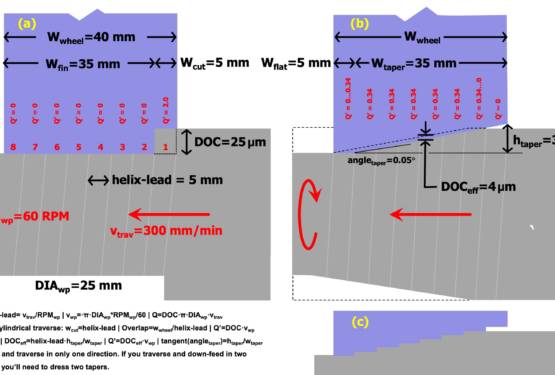 Grinding with a taper 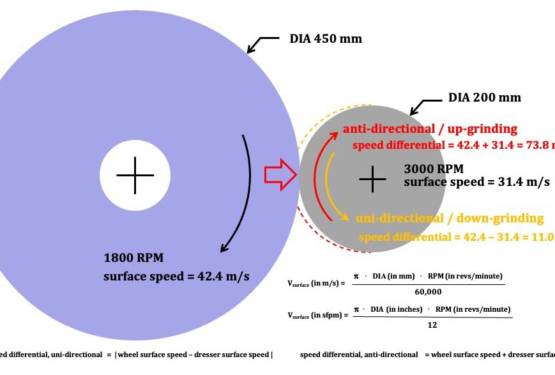 Dear Doc: I took your course, and you said... 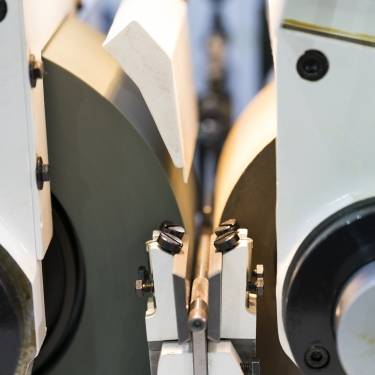 Learn the ins and outs of centerless grinding

Anyone who earns a living at a machine shop...