Different Types of Machining Operations and the Machining Process 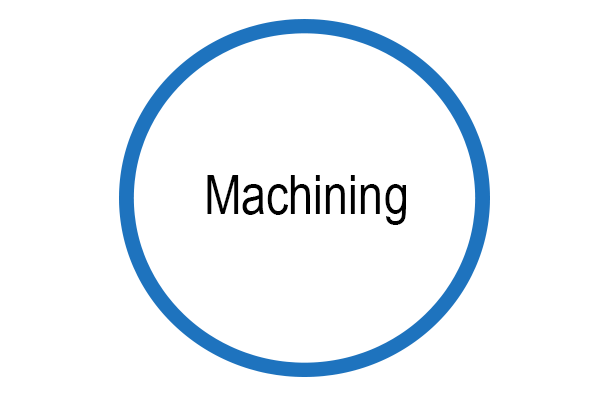 Curious about the different types of machining operations and their processes?

According to Thomas Net:

“During the manufacturing of a part, a variety of machining operations and processes are needed to remove excess material. These operations are usually mechanical and involve cutting tools, abrasive wheels, and discs, etc. Machining operations may be performed on stock mill shapes such as bars and flats or they may be executed upon parts made by previous manufacturing methods such as casting or welding. With the recent advancement of additive manufacturing, machining has of late been labeled as a “subtractive” process to describe its taking material away to make a finished part.

Different Types of Machining Operations
“Two primary machining processes are turning and milling – descried below. Other processes sometimes dovetail onto these processes or are performed with standalone equipment. A drill bit, for instance, may be installed on a lathe used for turning or chucked in a drill press. At one time, a distinction could be made between turning, where the part rotates, and milling, where the tool rotates. This has blurred somewhat with the advent of machining centers and turning centers that are capable of performing all the operations of the individual machines in a single machine.

Turning
“Turning is a machining process performed by a lathe; the lathe spins the workpiece as the cutting tools move across it. The cutting tools work along two axes of motion to create cuts with precise depth and width. Lathes are available in two different types, the traditional, manual type, and the automated, computer numerical controlled (CNC) type.

“The turning process can be performed on either the exterior or interior of a material. When performed on the inside, it is known as “boring”—this method (which can be either horizontal or vertical depending on the orientation of the spindle) is most commonly applied to create tubular components. Another part of the turning process is called “facing” and occurs when the cutting tool moves across the end of the workpiece – it is typically performed during the first and last stages of the turning process. Facing can only be applied if the lathe features a fitted cross-slide. It used to produce a datum on the face of a casting or stock shape that is perpendicular to the rotational axis.

“Lathes are generally identified as one of three different sub-types – turret lathes, engine lathes, and special purpose lathes. Engine lathes are the most common type found in use by the general machinist or hobbyist. Turret lathes and special purpose lathes are more commonly used for applications that require repeated manufacturing of parts. A turret lathe features a tool holder that enables the machine to perform a number of cutting operations in succession without interference from the operator. Special purpose lathes include, for example, disc and drum lathes, which an automotive garage would use to reface the surfaces of brake components.

“CNC mill-turning centers combine head and tail stocks of traditional lathes with additional spindle axes to enable the efficient machining of parts that have rotational symmetry (pump impellers, for instance) combined with the milling cutter’s ability to produce complex features. Complex curves can be created by rotating the workpiece through an arc as the milling cutter moves along a separate path, a process known as 5-axis machining.

Drilling/Boring/Reaming
“Drilling produces cylindrical holes in solid materials using drill bits—it is one of the most important machining processes as the holes that are created are often intended to aid in assembly. A drill press is often used but bits can be chucked into lathes as well. In most manufacturing operations, drilling is a preliminary step in producing finished holes, ones that are subsequently tapped, reamed, bored, etc. to create threaded holes or to bring hole dimensions within acceptable tolerances. Drill bits will usually cut holes larger than their nominal size and holes that are not necessarily straight or round due to the flexibility of the bit and its tendency to take a path of least resistance. For this reason, drilling is usually specified undersize and followed by another machining operation that takes the hole out to its finished dimension.

“The drill bits used feature two spiral channels that run up the shaft of the bit. Known as the “fluting,” it carries the chips, or swarf, out of the hole as the bit progresses into the material. For each type of material, there is a recommended drill speed and feed.

“Although drilling and boring are often confused, boring is used to refine the dimensions and accuracy of a drilled hole. Boring machines come in several variations depending on the size of the work. A vertical boring mill is used to machine very large, heavy castings where the work turns while the boring bar is held stationary. Horizontal boring mills and jig borers hold the work stationary and rotate the cutting tool. Boring is also done on a lathe or in a machining center. The boring cutter typically uses a single point to machine the side of the hole, allowing the tool to act more rigidly than a drill bit. Cored holes in castings are usually finished by boring.

“Machine and hand reamers are also used to finish holes, often with a better surface roughness than can be achieved through boring alone. Standard reamers are available in increments of 1/64 in. The reamers are straight or helically fluted and cut on the periphery, removing only 0.004-0.008 in. of the bore. Reaming is done in the same machine tools as boring is, and sometimes in a drill press as well.

Milling
“Milling uses rotating cutters to remove material, unlike turning operations where the tool does not spin. Traditional milling machines feature moveable tables on which the workpieces are mounted. On these machines, the cutting tools are stationary and the table moves the material so that the desired cuts can be made. Other types of milling machines feature both table and cutting tools as moveable implements.

“Two principal milling operations are slab milling and face milling. Slab milling uses the peripheral edges of the milling cutter to make planar cuts across the surface of a workpiece. Keyways in shafts can be cut using a similar cutter though one that is narrower than the ordinary slab cutter. Face cutters instead use the end of the milling cutter. Special cutters are available for a variety of tasks, such as ball-nose cutters which can be used to mill curved-wall pockets.

“Some of the operations a milling machine is capable of performing include planing, cutting, rabbeting, routing, die-sinking, and so on, making the milling machine one of the more flexible pieces of equipment in a machine shop.

“As with turning centers, milling machines capable of producing a series of operations on a part without operator intervention are commonplace and are often simply called vertical or horizontal machining centers. They are invariably CNC based.

Grinding
“Grinding is used to remove small amounts of material from both flat surfaces and cylindrical shapes. Surface grinders reciprocate the work on a table while feeding it into the grinding wheel. The depth to which the wheel cuts usually falls between 0.00025 and 0.001 in. Cylindrical grinders mount the workpiece on centers and rotate it while simultaneously applying the periphery of a spinning abrasive wheel to it. Centerless grinding is used to produce small parts in high volumes where the ground surface has no relation to any other surface except as a whole. Ground surfaces of 200-500 min. rms are usually considered acceptable for many applications and are a starting point for further finishing operations which include lapping, honing, and superfinishing.

Planing
“Planing is used to machine primarily large flat surfaces, particularly ones that will be finished by scraping, such as machine tool ways. Small parts, ganged together in a fixture, are economically planed as well.

Sawing
“Sawing of metals is generally performed using cut-off machines and is done to create shorter lengths from bars, extruded shapes, etc. Vertical and horizontal band saws are common, which use continuous loops of toothed bands to chisel away at the material. Speed of the band varies according to the material with certain high-temperature alloys requiring a slow 30 fpm while softer materials such as aluminum cutting at the speed of 1000 fpm or more. Other cut-off machines include power hack saws, abrasive wheel saws, and circular saws.

Broaching
“Broaching is used to produce square holes, keyways, spline holes, etc. The broach consists of many teeth arranged sequentially almost like a file but with each successive tooth slightly larger than each previous tooth. Pulled or pushed through a prepared leader hole (or past a surface), the broach takes a series of progressively deeper cuts. Push broaching is often done using vertical press type machines. Pull broaching is often done with vertical or horizontal machines that in many instances are powered hydraulically. Cutting speeds range from 5 fpm for high strength metals to as many as 50 fpm for softer metals.

ECM/EDM
“These are non-mechanical forms of material removal which use erosive sparks or chemicals. Electric Discharge Machining uses a spark transmitted through a dielectric fluid from an electrode to the surface of a conductive workpiece. Very fine features can be machined by this method including small diameter holes, die cavities, etc. The discharge rate is not generally affected by hardness but by the thermal properties and conductivity of the metal.

“Electro-Chemical Machining is something of a reverse electroplating process and produces burr-free holes with high surface finishes. It is a cold machining process and imparts no thermal stresses to the workpiece.

Summary
“This article presented a brief summary of machining operations and processes. For more information on related products, consult our other guides or visit the Thomas Supplier Discovery Platform to locate potential sources of supply or view details on specific products.” 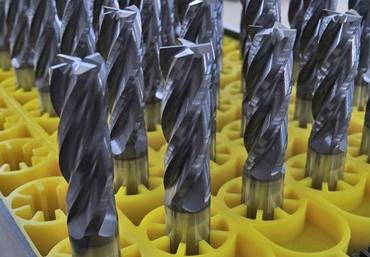 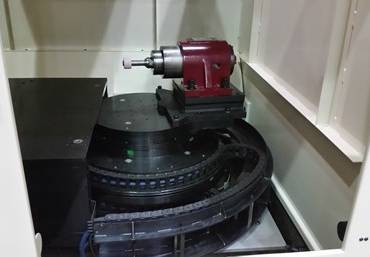 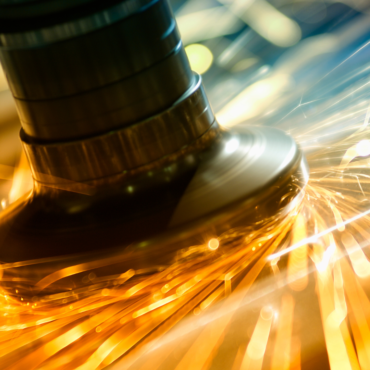 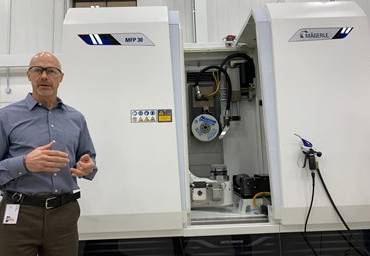